Compliance, Coercion and Consent: Everyone Needs to Know This 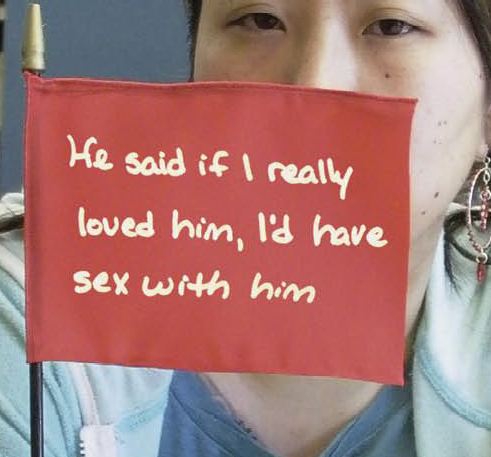 American news and social media feeds have been consumed lately with the comments of a presidential candidate regarding the sexual exploitation of women. As someone who works with both sexual abuse survivors and sexual offenders, the responses of many people truly bother me. Therefore, I feel compelled to share on my blog one of the basic teachings that all of my sexual offender clients both know and understand.

We can all seem to wrap our head around the idea of non-consent when it involves sexual behavior with a pre-pubescent minor. Outside of this instance, there appears to be some confusion. Why do we talk about this in sex offender treatment? Because it is imperative that the person who committed a crime come to an understanding of how they hurt their victim as well as how they allowed themselves to engage in the behavior. Though I mostly work with non-contact offenders, everyone I work with has engaged in a non-consensual sexual act. Someone who exposes him or herself forces a victim to view something sexual that they did not consent to view. Someone who takes a video of a person that was unaware they were being filmed has done so without that victim’s consent. Even child pornography offenders who did not produce images and have not had a contact offense are engaging in a non-consensual act. The children in the pornography did not consent to being abused, to being videoed or to being viewed by others. Because the human brain is brilliant at justification and rationalization, we need to talk a lot about consent.

What is the difference between compliance, coercion and consent?

Coercion – This might seem obvious to most people. The most obvious form of coercion is actual violence and force. While this is what most people think of when they think of non-consensual sex, coercion can come in a more subtle or non-obvious form. If one party uses drugs or alcohol to influence a sexual outcome, this is coercion. A person cannot truly give consent if they are impaired. Another form of coercion is unreasonable pressure from one party to engage in a sexual act. This can be both personal or social pressure. If one party has to pressure or really talk the other party into a sexual act, this is not truly consent, but coercion. If one party has to get the other party drunk in order to get them to engage in a sexual act, this is not consent but coercion.

Compliance – Compliance is often seen in the context of relationships as well as other encounters. A person may comply to a sexual encounter if they feel that there is a negative consequence for saying no. One partner may comply to a sexual request from their partner out of fear that the partner may break up with them, not because they want to do it. A subordinate in a work environment may comply to a sexual encounter with a boss out of fear for their job if they say no. Some people will say that compliance is consensual, such as engaging in a sexual act with your partner that you are not really into because they are. To me this is different, as in this situation, there is no fear of consequences for not engaging in the act. I have seen this in my work with sex addicts where, for example, a partner goes to a sex club with their significant other, not because they want to engage in the behavior but because they fear that their partner will leave them if they don’t.

Consent – Consent is rather a clear cut concept in reality. It means saying “yes, I agree to engage in this act with you.” People who consent do so clearly and knowingly without fear of repercussion or being hurt. Consent can be revoked at any time by any party in an interaction.

The concept of consent is discussed frequently in the media and taught to children and adults alike. The concepts of coercion and compliance are not as frequently talked about. Hopefully, the media’s presentation of comments made by the presidential candidate can help us initiate conversations about compliance, coercion and consent.

Using one’s celebrity or status as a business person as a means to engage sexually with another person (who does not desire the contact) can and should be considered coercion or compliance. This thinking implies that the person who is receiving the unwanted sexual contact won’t say no or say anything at all out of fear of repercussions based on the power and status of the person who is engaging in the unwanted sexual conduct.

It deeply disturbs me that the sex offenders I work with have a MUCH better understanding of the difference between compliance, coercion and consent than does the general public.

Dr. Weeks is the owner of Sexual Addiction Treatment Services and the author of The New Age of Sex Education:  How to Tali to Your Teen about Cybersex and Pornography in the Digital Age.  She is also an expert in the field of Cybersex Offenders