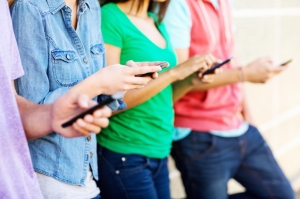 Anyone who has seen the movie Mean Girls instantly knows what this new app is all about. It is the latest in a series of apps that are designed for teens or young adults and offers a platform for anonymous posting.

This app is new, published only about two months ago. It is specifically targeted at high schoolers and allows them to engage in anonymous posting that is organized by their school. As with any of the app’s predecessors, there are already issues with its use among teens. The only rules seem to be these three: 1. a user is responsible for their content. 2. no nudity or violence and 3. don’t harass other people.

There have already been issues in schools in Oregon, Texas and California with issues of cyberbullying to bomb threats. Already, petitions have been created to remove the app from availability. The owner and creator of the app, Jonathan Lucas has had an interesting response. News sources have reported that the creator is turning the blame around. The app has a 17+ rating. He questions why children under 17 are using the app. Lucas stated that if a parent sets restrictions on the phone of their child, the child won’t be able to use it

In theory, these types of apps are great. Give teens a place to share thoughts and secrets anonymously. It is kind of like “dear diary” but with no worries about your sibling or mom or dad finding the diary and reading it. The problem is that the reality of these apps does not match their theoretical purpose. Perhaps it is human nature or at least adolescent nature to use these apps to share nasty comments, to bully, threaten or exclude others.

Though I am not a fan of these types of apps, I do feel that the founder, Mr. Lucas, has a very valid point. Is it not the duty of the parents to know what their children are doing on their phones? Wouldn’t it be better if parents understood what their children were doing online and paid closer attention? We live in a capitalist-driven technological world. Though a petition may shut down one app, another is sure to pop up in it’s stead.

The common denominator with all of these apps is: parents need to be more involved with their children’s digital lives. They need to know what is going on and to talk to their children about the apps they use and how they use them.

For more information on tech savvy parenting see our new book:  The New Age of Sex Education: How to talk to your teen about cybersex and pornography.